Posted by admin  at Jul

Denise Schoen packs medical bags in preparation for her trip to Greece with some help from her friend Kathryn Bermudez on November 19. Michael Heller photo. By Kathryn G. Menu Public service has always been a part of Denise Schoen’s life, but an excursion to Greece this fall, where the Sag Harbor resident provided critical [...]

A Conversation with Denise Schoen

Posted by admin  at Nov 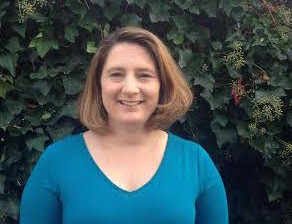 By Mara Certic at the Sag Harbor Express  The Sag Harbor Village attorney, and member of the Sag Harbor Volunteer Ambulance Corps, is forgoing her plans to spend Thanksgiving in Cancun with family to volunteer in Greece for 10 days. She spoke about why she decided to change her plans. When did you decide to spend your [...]

By T.E. McMorrow | April 5, 2012 – 11:26am David Eagan, the attorney for the Concerned Citizens of Wainscott, which has one lawsuit pending over a proposed Wainscott development and another waiting in the wings, blasted the East Hampton Town Attorney’s office this week for working too closely with real estate lawyers who are representing [...]

Fight a Flight of Stairs – The East Hampton Star

By Carrie Ann Salvi | February 28, 2013 – 12:45pm The Sag Harbor Village Zoning Board of Appeals listened with apparent empathy on Feb. 19 to neighbors who voiced opposition to plans for a historic house on Garden Street that they said would change the character of the neighborhood and exacerbate flooding, as well as [...]

Posted on 27 February 2013 A revived condominium development at 21 West Water Street was back before the Sag Harbor Village Planning Board Tuesday night, and although the board appeared to look favorably on changes to the original project – including outdoor rooms – developers will need to ensure it does not exceed lot coverage [...]

By Kathryn G. Menu With one of the largest, and most contested, proposals since the condominiums at the former Bulova Watchcase Factory on the Sag Harbor Village Zoning Board of Appeals’ (ZBA) agenda, last Thursday, village attorney Denise Schoen and chairman Anton Hagen called the board together for a work session. The goal of the [...]

Year of Challenges for Planners – The East Hampton Star

Posted by admin  at Mar

The East Hampton Town Planning Board returned for business last night with the same members as in 2012, the town board having reappointed Ian Calder-Piedmonte as a member and Reed Jones as chairman for the second year. Nancy Keeshan was appointed as vice chairwoman, replacing Diana Weir, who will remain as a member. Members serve [...]

A Green Light for Baron’s Cove – The East Hampton Star

Posted by admin  at Mar

Despite continued resistance by neighbors, the Baron’s Cove Inn at 31 West Water Street in Sag Harbor will be allowed to proceed with renovations as proposed. Read More Here